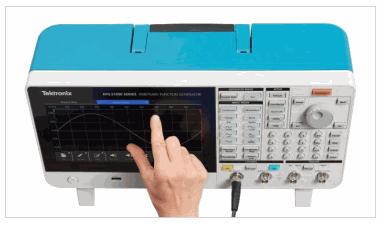 The large capacitive touchscreen and built-in ArbBuilder tool enable users to create and edit arbitrary waveforms right on the instrument.

SAVE TIME AND EFFORT WITH THE NINE-INCH TOUCHSCREEN

The AFG31000 Series features the industry's largest AFG touchscreen; pinch, zoom, and scroll just like a smart device to easily locate settings and parameters on the simple menu or shortcuts to frequently-used settings.

VERIFY YOUR WAVEFORM AT THE DEVICE UNDER TEST

Patented InstaViewTM technology lets you see the actual waveform at the device under test (DUT) in realtime - without an oscilloscope or probe - eliminating any uncertainty typically caused by mismatched impedance.

Advanced waveform generation and programming capabilities make it easy to compose a list or a sequence of 1 to 256 waveforms with total waveform length up to 16 Mpts/ch (128 Mpts/ch optional) and define the output sequence of these waveforms.

CREATE AND EDIT ARBITRARY WAVEFORMS ON THE AFG

The built-in ArbBuilder editing tool includes everything you need to create, edit, and transfer an ARB waveform without the need to connect to a PC.

DOUBLE PULSE TEST IN UNDER A MINUTE

Built-in double pulse test software lets you generate two waveforms with varying pulse widths (from 20 ns to 150 PS) in under a minute directly on the touchscreen display without an external PC application or manual programming. 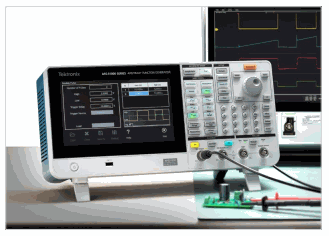 Generate varying pulse widths in under a minute directly on the touchscreen display by add-on apps or the powerful ArbBuilder.
UPDATE YOUR BENCH WITH THE INNOVATIVE AFG31000 SERIES
Effective December 30, 2020, the AFG3000 Series Arbitrary Function Generators, with the exception of the AFG3011C with unique 20 Vp-p output, will no longer be available for sale. The following table matches the discontinued models with the suggested replacement from the AFG31000 Series. 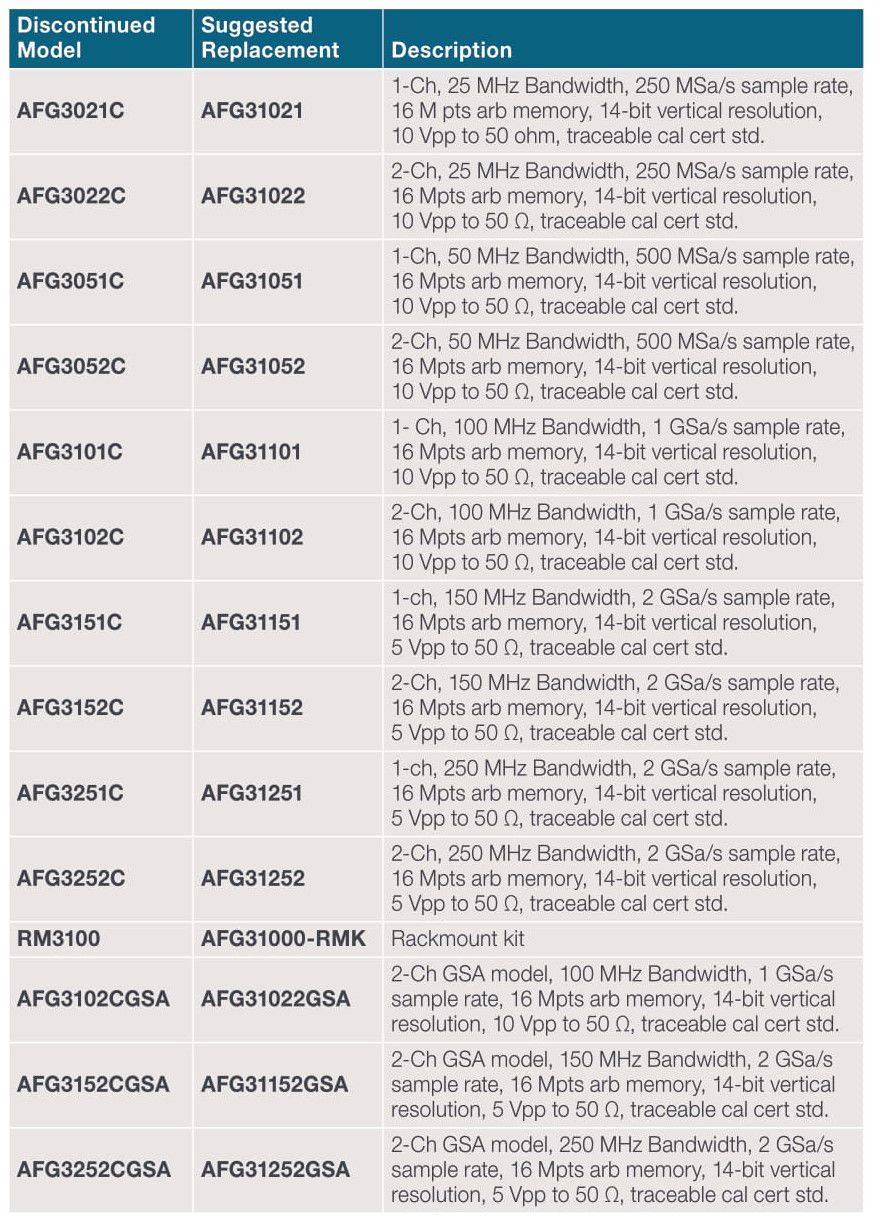 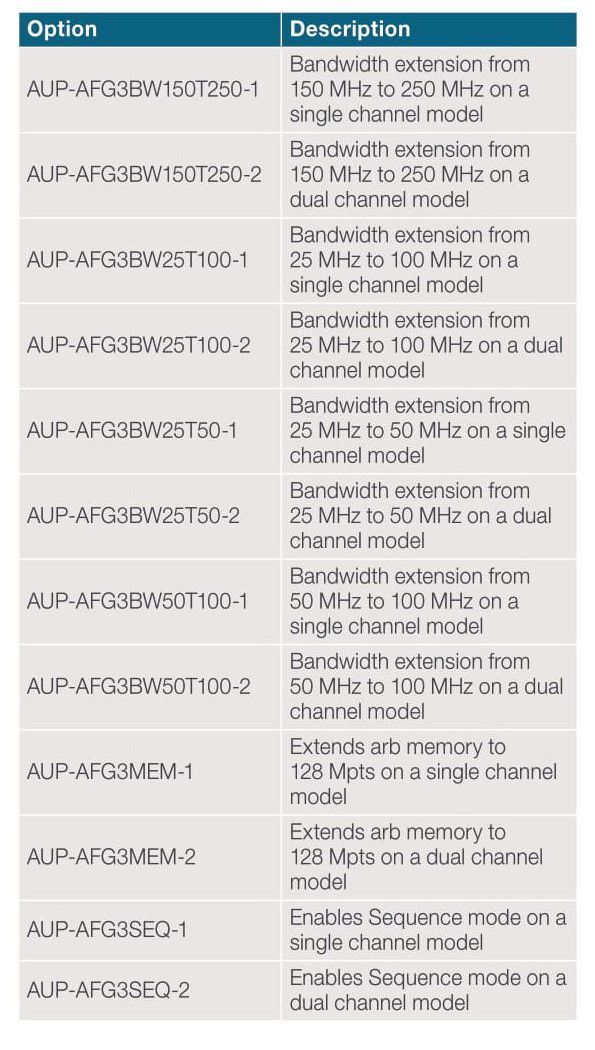